9 Things in your Home that may be Spying on You 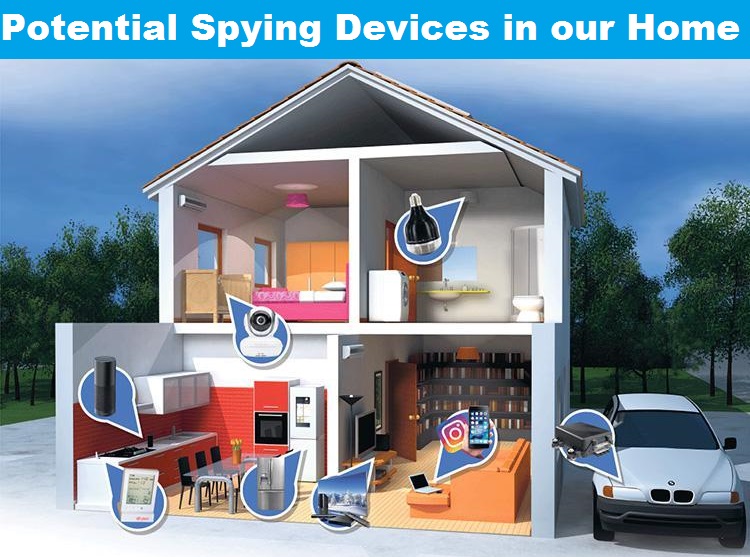 This is just one reason Flaim’s Smart TV and cable box have him concerned his home technology may be spying on him.

But Marge Schiller enjoys the latest in home technology. She loves her Amazon Echo and uses all of its features, including asking its personal digital assistant Alexa to order things on Amazon, give her the morning weather report and even play music in her home

“Alexa, play some soft music,” she said, and her home was filled with soothing music within seconds.

But she, like Flaim, wonders how much these devices are hearing and what they may be sharing with their manufacturer, the government or just strangers down the street.

A recent murder investigation had police asking Amazon for recordings made by its Echo device, which conceivably could have recorded the murder taking place.

9 devices that can spy in your home 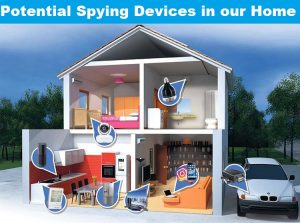 The British newspaper The Guardian recently published a disturbing report on all the devices in our homes that are connected to the internet and have the capability of sharing our innermost secrets with people all over the world.

These potentially “spying” (or at least sharing) devices include:

9.       Internet-connected appliances (like Samsung’s new Family Hub refrigerator, that has web-connected cameras inside)

How can you prevent spying?

Apolonio Garcia is the president of a Cincinnati-based information technology company, HealthGuard IT Security.

“Everything from a crock pot, to a thermostat, to your car … all these things have the ability to receive and transmit data, wirelessly, across the internet, which makes our lives so much easier,” Garcia said.

But he says that convenience can come with a price.

Garcia said one of the biggest concerns right now are Smart TV’s, TV’s that connect effortlessly to Netflix, Hulu and other apps. The problem is that your TV is now connected to the internet at all times, and it is not just a one-way street.

For instance, Netflix keeps a list of what movies you’ve watched on the service, and most people know and are fine with that.

But Garcia points out that Vizio, just in the past few weeks, agreed to pay $2 million in FTC fines for early Smart TV’s that were sending the company information on every TV show you watch … something buyers had no idea was going on.

Garcia says one problem is that most people use the “default” settings and passwords on most internet devices in their home. He says that’s a big mistake

“There are a few simple things you can do,” Garcia said. “One is to make sure you change the password and usernames on the devices. The other thing you can do is make sure you secure your wireless network.”

With a Smart TV, Garcia said if you are concerned, you should go into your TV’s settings, and look for the section that allows you to disconnect your TV from the cloud, or limit what is shared. (Consumer Reports Magazine recently compiled a cheat sheet for how to turn off information sharing from most major TV brands.)

One new mom named Megan told our sister station she was broadcasting videos about jewelry making to her friends over Facebook Live, not realizing she was beaming video of her little baby girl to anyone all over the word who found her page.

With Facebook Live or anything on Facebook, check the settings and make sure you are not sharing your baby’s first steps with the entire world. It’s easy to set privacy barriers on Facebook, something Megan said she is doing now.

“I am going to make sure my privacy settings are only on friends, and I am going to double and triple check that,” Megan said.

And as for that little Skype camera on your MacBook or laptop? You may want to do what Facebook founder Mark Zuckerberg reportedly does (based on photos of his office): put a little piece of black tape over the camera.

Amazon and Google say their Echo and Home devices record only when you wake them up (such as by saying “Alexa”) and insist they stop recording once you complete your command or order.

Marge Schiller says she’s not panicked. She makes sure she never used default passwords on her Amazon Echo or any device.

“Oh yes, create a code,” she said. “And definitely don’t let your kids get it.”

But Flaim has another solution: don’t buy it if you are not comfortable with it.

Bottom line: you don’t have to refuse new technology, but understand what it is learning and sharing with you, so you don’t waste your money.