The Best Tactics to manipulate with people? 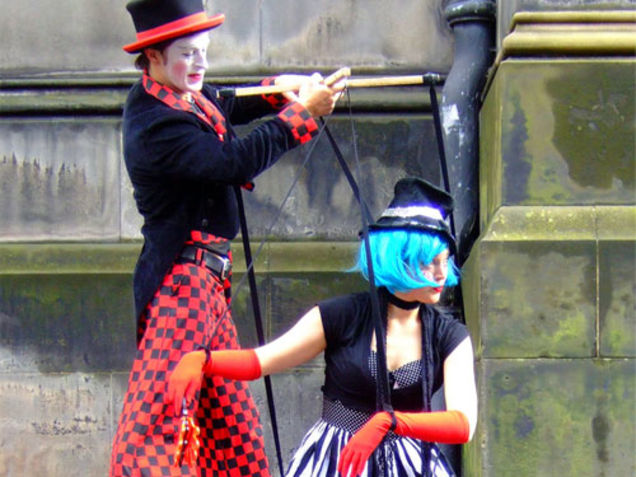 There are times in life where people don’t give you what you want, but you don’t have to settle for disappointment. When life gives you lemons, manipulate the lemon salesman. Here’s how.

It’s worth noting that manipulating people is generally a bad thing to do. Please do not take this advice. Instead, use it as a guide to spot manipulation in your day-to-day interactions and protect yourself from manipulative people. Such is the goal of Evil Week.

The easiest way to manipulate people—especially Americans—is by playing on their emotions. If you let people think too much they’re more likely to make a logical choice. If you can guide them to feel a certain way—a way that benefits you—you’ll have a much easier time getting what you want. This is what emotional manipulation is all about.

Master Your Own Emotions

Ideally, your target won’t have an exceptional amount of control over their emotions, but that doesn’t mean you get to be lazy. A master manipulator needs to be able to act. Shedding a tear when it suits your needs or losing yourself in a fit of rage are both important skills you’ll want to master. Whether you want to incite fear, sympathy, or anything else will depend on the situation, so it’s important to master your own emotions so you’ll have the proper tools for the task at hand.

Be Charming and Flirt Often

But you can’t just cry and throw tantrums whenever you want something—people have to like you. Charm is an important part of manipulating people. If you’re ridiculously likable most of the time, when you react with extreme emotion it’ll have a greater impact. Having control over your emotions also involves keeping them in check most of the time and not just being able to act.

Charm is great, but when you can flirt you should. Because manipulation generally makes the target feel poorly, whether they understand that they’re being manipulated or not, the more they like you the better. Disregard the boundaries of your own sexuality and throw in some suggestive touches when you think they’ll be effective. This tactic is especially effective with people who are lonely and have low self-esteem.

People who’ve been manipulated a number of times before are generally on the lookout for this kind of behavior and don’t trust people easily, so you need to watch for signs. If you believe trust is an issue, the quickest way around that problem is to share something very personal and very private with the target. It’s always best if it’s relevant to them, or if they feel you trust them enough to confide something so personal. It’s not important that your story is true, but that they believe it. Again, acting is key.

The biggest enemy you’ll have when trying to manipulate another person is doubt. If they don’t notice something fishy about your behavior, they might start to notice that they’re not acting like themselves. Hopefully, at this point, you’ve managed to learn a few of their problems and what they want to change about their lives. If they openly question the way they’re acting, remind them that change is often uncomfortable but they need to go through this tumultuous period in their lives to make positive progress. Save any negativity for a necessary emotional outburst. Positivity is always your best friend when trying to convince people to do what you want. Negative manipulation should only be used when necessary. Too much negativity will make you an ineffective manipulator.

You have to seem like a good person, even if you’re not. If you ever need to take a negative action like criticizing behavior, blaming another person (whether it’s their fault or yours), or even yelling at the target, you should always find a way to wrap it in altruism. It can be very hard to hate an altruist and so it’s very effective to paint yourself as one. For example, if you yell at your target for not doing something you wanted, it’s better to frame the outburst as a means of helping them. You can apologize for the outburst and tell them you felt they weren’t acting in their best interest. You’re sorry you got so emotional, but you care about them and want the best for them and it scares you to think that they don’t have their best interests at heart. On the other side of the coin, when criticizing someone else’s behavior, remind the target that you’re there for them no matter what horrible thing someone else does. Always ask how you can help rather than simply criticize what others do.

What to Do If You’re Discovered

Many novice manipulators make the mistake of resorting to the tactics described above when they’re discovered. If your target pins you as a manipulator, the worst thing you can do is exhibit manipulative behavior in response. If you’re caught, be a normal and calm person. Let them be in control of the situation, and don’t defend yourself. Once you’re in the hole of being caught, the only way to get out is create doubt—the kind of doubt that benefits you—in the mind of your target. If you don’t react like a traditionally manipulative person, they’ll likely wonder if their assumption about you was correct. In most cases they’ll already feel attached to you and will jump on any excuse to believe you’re truly a good person. Often times “catching you” is simply because of something a friend—or another manipulator—told them. Be smart, be careful, and be prepared to surprise if you find yourself discovered.

Others are reading:AppleunlockTmc appAppleunlockerSpymaster proVolte sip message sms interception and eavesdroppingHow to montore actvity on your routerNu votCountries you can visitGhostctrl downloadGhostctrl apk
We use cookies on our website to give you the most relevant experience by remembering your preferences and repeat visits. By clicking “Accept”, you consent to the use of ALL the cookies.
Do not sell my personal information.
SettingsAccept
Privacy & Cookies Policy