CORTANA, GOOGLE ASSISTANT, AND SIRI DUKE IT OUT (NOW, WITH MORE ALEXA!) 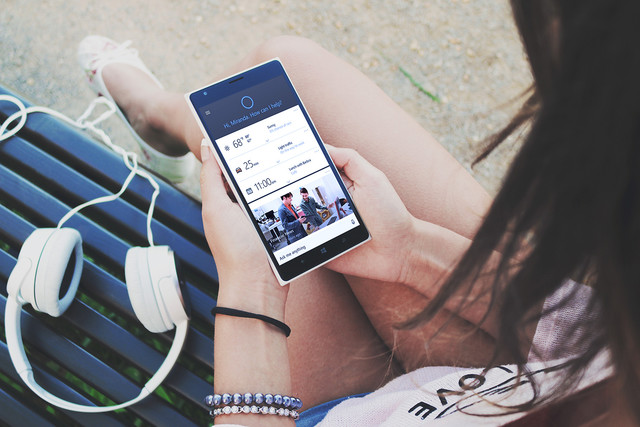 Nearly every smartphone and computer on the market today has a smart assistant trapped inside, like a helpful ghost, but how do they stack up against one another? While it may seem like Siri, Cortana, and the nameless Google Assistant are all just variations of the same thing — and well, they are to some extent — they each have their own quirks, flaws, and strengths. So which one’s best for you? Well, that’s not an easy question to answer, as they’re so similar it’s hard to compare them without digging deep into their capabilities. That said, let’s get started. 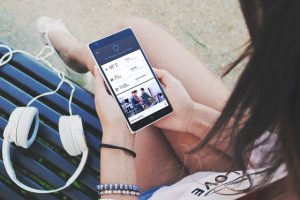 Cortana is an operating system-oriented voice assistant available on Windows 10 devices, as well as the Xbox One console. Cortana is closely connected to productivity, but can also help answer more general questions by pulling information by Bing.

The Cortana VA has seen a lot of recent growth, expanding her use throughout Windows 10 and related services. Combined with newer offerings like Surface Studio, it’s clear Microsoft favors Cortana as an OS-based service to control Windows 10 while you’re working. 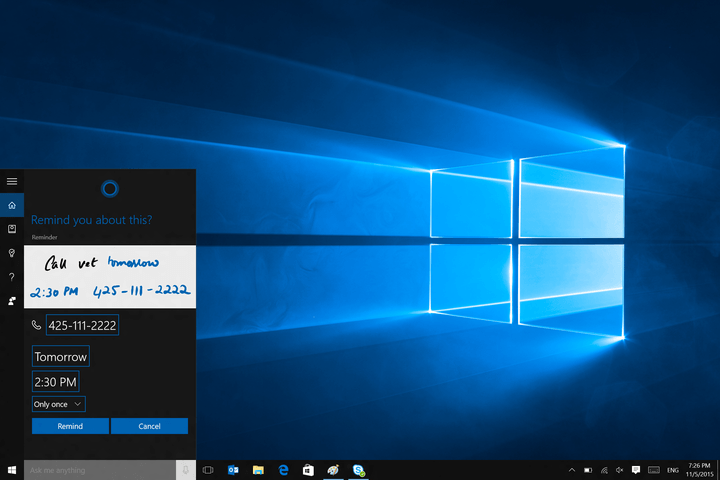 While you can store specific bits of information with Cortana, Microsoft’s virtual assistant is constantly analyzing your interactions to learn more about you. This info is stored in something Microsoft calls the “Notebook,” which includes the places you like to go, people you care about, your preferred quiet hours, and things you might be interested in, among other things. You can even edit it if you like.

Cortana can also read your emails, track your location, watch your browsing history, check your contact list, keep an eye on your calendar, and put all this data together to suggest useful info if you allow it to. Cortana is designed to recognize context, so it should be able to understand follow-up requests, and you can phrase things in different ways and still expect a useful answer. You can also type your questions or requests if you prefer to not speak out loud.

The latest changes from the Windows 10 Creators Update allow Cortana to help in the setup process for new computers and include a new full-screen mode for Cortana that serves as both a screensaver and voice-assistant focused mode when you’re away from the computer—or at too far away to type. Cortana can also handle music and reminder commands more effectively, spanning multiple music apps and controlling volume as you desire.

Passive abilities have also gotten a boost, including Action Center (the right-hand Windows menu) syncing, where Cortana will sync activities from one computer to another so you can pick up where you left off more easily. These updates and others make Cortana a desktop-friendly assistant with a specialty in work-related tasks. Of course, she also works for Xbox One and is available via app on many platforms, so there are plenty of options here.

However, unlike some voice assistants, Cortana does not yet have much of an interest in the smart home or IoT devices. There are rumors that will soon change, but nothing has been announced as of this article’s latest update.

Siri has been an integral part of iOS since the launch of iOS 5 in 2011. It started with the basics such as weather and messaging but has expanded greatly since then to support more third-party integration with MacOS.

While Siri’s jokes are legendary, the virtual assistant is getting more capable every day. Now, you can ask it to call people, send messages, schedule meetings, launch apps, and games, play music, answer questions, set reminders, and provide weather forecasts.

Siri can also integrate with third-party apps and understand follow-up queries. That’s a big change in strategy for Apple, which typically maintains a tight grip on which third-party companies get access to its native functions.

Siri is probably the most familiar of all the voice assistants, but it’s also seeing fewer in-house updates, and less expansion into new areas (although Siri support via Apple Homekit is available, which is a welcome development). It also lags behind the other VAs when it comes to text input, which isn’t supported for most Siri functions: Apple appears to be using Siri for voice controls and Spotlight for similar text-based queries.

The latest news for Siri includes voice compatibility for WhatsApp, expanded payment options for Lyft and Uber, and the ability to look up international cricket scores. These are minor tweaks compared to the changes other VAs are going through, but they also point to Siri’s continued stability—particularly for long-term iOS users who already know the voice assistant well.

Google Assistant (which has incorporated functions from the older Google Now, as Now is being phased out) is different from Cortana and Siri. It has less personality, but more functionality. While it is an integral part of Android, Google Assistant also lives in an iOS app and can be accessed through the Chrome browser as needed.

Like Cortana and Siri, you can ask Assistant for directions to the closest Chinese restaurant, or what the weather looks like for the next 10 days. If you let it, Google’s software will utilize your search history and customize its responses based on what it knows about your queries. 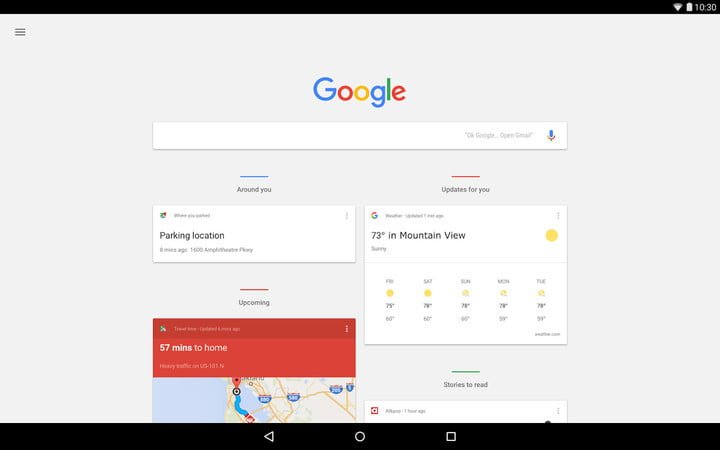 Google’s integration with its search engine makes Google Assistant one of the most useful virtual assistants out of the box. Unless you’ve never used Google as a search engine before, it already has a treasure trove of data on what you’ve done on the web. It also reacts to questions in a similar way to the Google browser, which makes it great for general information and trivia.

The release of Google Home makes comparisons between Google Assistant and Alexa easy, but Assistant is in wearables and the latest Android mobile devices, so it has a broader reach than Amazon’s VA.  If you favor Android platforms on anything from phones to TVs, then Assistant has a compelling argument. The highly conversational VA is adept at interpreting common languages and understanding the meaning behind subtly complex questions like, “What should we have for dinner?” It can also recognize up to six different voices for couples and families, each voice tied to different calendar events and preferences, an advantage unique to Assistant and ideal in a situation where everyone uses the voice assistant on a single device.

The latest updates to Assistant includes a quick change to stop saving shopping lists on Keep (in favor of Express, which competes more directly with Amazon), and a new ability to set flight price tracking alerts. This shows some uncertainty as to where Assistant is headed. Does Google want it to be an Alexa competitor, or does Google want to tie it into existing Chrome/Android services? Assistant is shuffling its feet a little at this stage, but it certainly provides unique advantages for Google fans.

HOW THE ASSISTANTS STACK UP, IN ONE TABLE

To make things easier to understand, we’ve created a table that should help clarify what each of the three major voice assistants can and cannot handle right now.

While sharing a number of features in common with other VAs, Alexa is in a category of its own. Amazon’s voice assistant isn’t designed for mobile or computer purposes, but rather for the standalone Amazon Echo speaker and a limited number of Amazon Fire devices, with a greater focus on whole-house management and services rather than computer-oriented tasks. 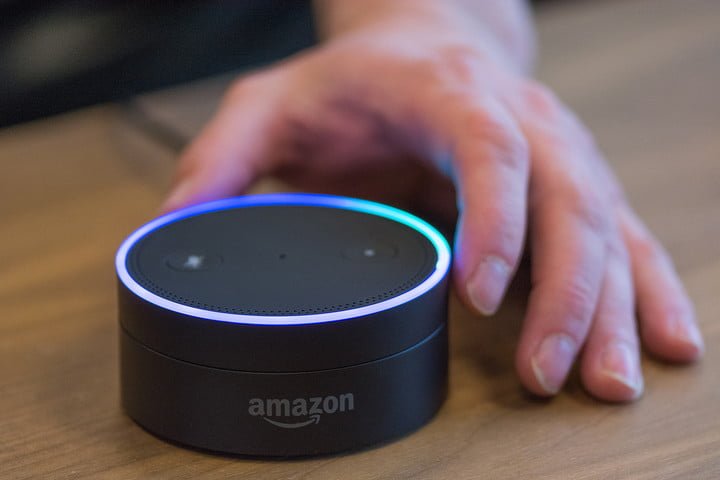 Obviously, this limits Alexa compared to the alternatives. However, there are some advantages to the Amazon approach. Like Assistant, Alexa is highly conversational, and its ability to parse meaning is frequently excellent, whether you’re asking about the weather or listening to the latest news summaries from around the web. Alexa is meant to be used out in the open, away from the computer, while you’re working elsewhere but still need information, entertainment, or purchases.

The customization and management options for Alexa also impress. While other voice assistants hide many of their capabilities away from users, Alexa brings them all out in the form of “skills” and connections. The Alexa app allows you to add various mini-apps in the form of skills, and adjust current services and settings using these skills. It’s a great system, especially for those who like to tinker, but it does require learning a new approach to VA management. Also, it’s no surprise that Echo and Alexa function best when you already use many of Amazon’s other services.

Which VA is the best?

Overall, we give the nod to Google Assistant. While Cortana can technically do more, the fact Cortana is only available on Android and iOS as a third-party app limits the assistant’s appeal while on the go. We think Google Assistant and Cortana are the current best bets for people who want a single do-it-all assistant.