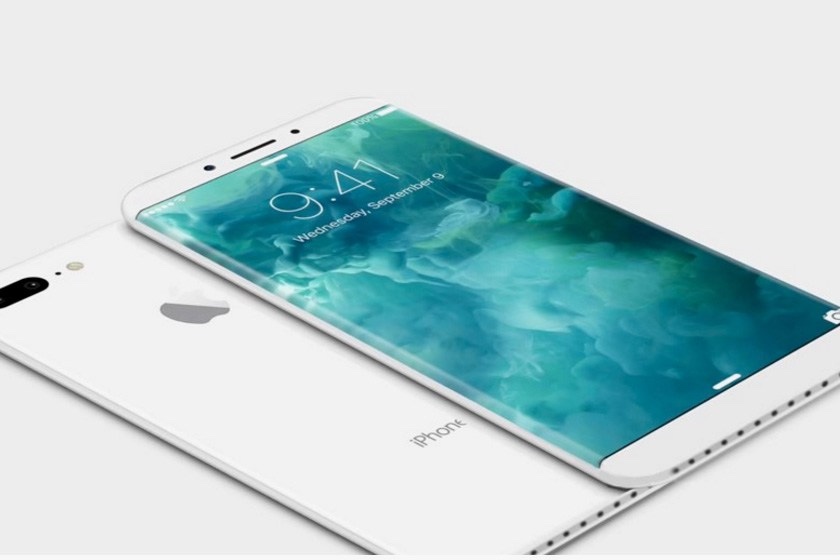 2017 will mark the 10th anniversary of the iPhone and Apple has something major planned to celebrate the occasion. With Apple’s ambitious plans for the iPhone 8, an abundance of rumors have already been surfacing, hinting at the impressive features. Allegedly Apple has been testing out more than 10 prototype iPhone models, so it’s not entirely clear what we’re going to see. However, the new iPhone is expected to have a glass body with an edge-to-edge OLED display that includes an integrated Touch ID fingerprint sensor and front-facing camera. Check out the full list of expected features below:

Naming
Given the major changes Apple plans to introduce to the iPhone in 2017, it seems unlikely the device will receive an “S” name. Also considering its 10th anniversary, expect the phone to be called iPhone 8.

Design
Apple may be making a move away from the aluminum body that it’s been using since 2012 and instead re-adopt the glass-backed body last used for the iPhone 4s. Though glass is more fragile and heavier than aluminum, the thickness and weight of the display will be cut down through the use of OLED. Rumors also suggest there will be three versions of the upcoming iPhone, a “premium” OLED model and two standard devices, with sizes that may include 4.7 and 5.5-inch.

A conflicting rumor suggests Apple will offer the iPhone 8 in just two sizes: 5 inches and 5.8 inches with a curved, bezel-free display, but only one will feature OLED technology.

Display
As stated above, at least one iPhone 8 model is expected to include a flexible OLED display and Apple has already signed a deal with Samsung to produce OLED displays for devices set to debut in 2017. An OLED display eliminates the need for the backlighting that’s used in traditional LCDs, which would allow Apple to cut down on the thickness and weight of the display. With its flexibility, OLED displays will allow Apple to create a device with a more curved or wraparound display. OLED displays also offer better contrast ratio, truer colors, improved viewing angles and better power efficiency to maximize battery life.

Processor
An A11 chip built on a 10-nanometer process is expected to be housed inside the iPhone 8. An A11 chip, like all of Apple’s chip upgrades, will be both faster and more energy efficient, in addition to being smaller.

Wireless Charging
Apple is working on long-range wireless charging technology that rumors suggest could be implemented in iPhones as soon as 2017, making it an ideal addition to the iPhone 8. By eliminating the headphone jack on the iPhone 7, the Lightning port can now serve multiple functions and wireless charging is a logical next step. Rumors of a glass body also support wireless charging since its functionality works better without an aluminum casing.

Home Button
The new iPhone iteration may also include an embedded home button, as opposed to the current location on the iPhone 7′s design. With rumors of a more advanced Taptic engine, actions like the unlocking of the iPhone and the confirmation of a Touch ID payment will use vibrations to trigger them.

Camera
It’s believed the camera introduced in the 5.5-inch iPhone 7 Plus will continue to be a feature exclusive to “high-end” iPhone models in 2017, while a single camera will remain for the “lower-end” models. We could expect optical image stabilization (OIS) for both the wide-angle and telephoto lenses as well as support for 3D photography effects if Apple opts to use an LG camera module.

Release Date
For the last several years, Apple has released its iPhone updates in September, so we expect to see the iPhone 8 in September of 2017.

Other Features
The iPhone 8 could include more advanced biometric features such as facial recognition and iris scanning. Apple is curretnly working on the iris scanning feature, but it might not be ready until 2018.