‘King Arthur: Legend of the Sword’ — What the Critics Are Saying 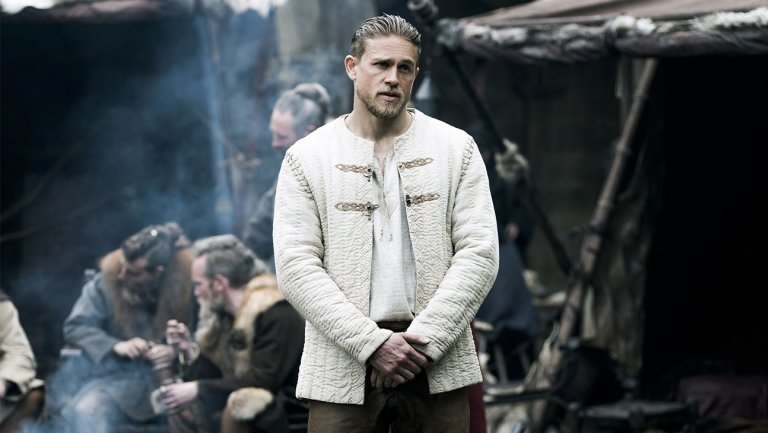 ‘King Arthur: Legend of the Sword’

The knives — or should that be swords? — are out for Guy Ritchie’s new take on the classic tale.
It’s a tale as old as time — or, at least, a few centuries. But has director Guy Ritchie managed to successfully update Arthurian myth with the new King Arthur: Legend of the Sword?
The reviews are out, and critical consensus appears to suggest that the answer is no … unless you were hoping for something incoherent and underwhelming with brief glimpses of greatness.
“Loud, bombastic and thuddingly obvious, this is a vulgar movie for vulgar times,” writes The Hollywood Reporter chief film critic Todd McCarthy in his review.
That wasn’t necessarily an insult, however; he goes on to add that it “can’t be denied that Ritchie, who hasn’t been deemed a director of creative interest since his early…
…and certainly least of all for his hugely lucrative Sherlock Holmes entries, does pull off some quick-witted and clever sequences here; he doesn’t want to bore or approach narrative conventionally, so he’s found ways of conveying a good deal of information very quickly, taking an aggressive approach to supplying backstory and never ever slipping into solemnity or sanctimony.”
Others don’t share even McCarthy’s grudging enthusiasm, however. Birth Movies Death‘s Evan Saathoff calls the movie “not only a hyperactive music video, but a bloated one,” and complains, “it’s a slog with occasional good parts, strutting along like a cocksure jock who doesn’t know he has a ‘kick me’ sign on his back … [it’s] a February movie dressed up with a coat of summer tentpole paint.”
Empire‘s Jimi Famurewa is equally unimpressed, describing King Arthur as “a jumbled affair, weighed down by confusing supernatural elements and a lazy reliance on visual effects.”

IndieWire‘s David Ehrlich does find something noteworthy about the movie, to his credit. “If it weren’t so boring, it would almost be impressive how fast — and how comprehensively — Ritchie and fellow screenwriters Lionel Wigram and Joby Harold are able to make a mess of things,” he writes. “This is a movie that, despite boasting the most basic of all possible plots, makes it virtually impossible to understand what’s happening on a minute-to-minute basis.”

At this point, you might be thinking to yourself, “Who would want to see this movie?,” to which ScreenCrush‘s Matt Singer has the best response: “The target audience for his film appears to be people who wish Game of Thrones was less complicated and didn’t have any sex or nudity,” he writes.

Bilge Ebiri of the Village Voice sums up a common response amongst critics. “To be fair, we probably shouldn’t even call this movie a ‘take’ on the Arthurian legends. Rather, the plot is more like what a 12-year-old who hadn’t done the reading might come up with when called on in class,” he writes at one point, before adding, “It’s even more of a shame than usual because there are true sparks of inspiration and wit here, and I’d be lying if I said I didn’t enjoy much of the movie.”

If there’s a common thread to the more positive reviews, it’s that very sense of frustration that a movie that contains some good sequences turns out, on balance, to be so disappointing. That’s not to say that there aren’t positive reviews — The Guardian‘s Peter Bradshaw says that it “is often surprisingly entertaining […and…] more of a laugh than Antoine Fuqua’s solemn take in 2004” — but even those admit that this is, at best, a wildly uneven feature.

Perhaps that is the guidance to take from the collective critical mind about King Arthur: Legend of the Sword: that the movie might not necessarily be particularly good — but that doesn’t stop it from being enjoyable, if you’re looking for that kind of thing.

King Arthur: Legend of the Sword, clearly a future cult guilty pleasure in the making, bows Friday in theaters.