Technological Advancements has Made it Easy to Discover Affairs 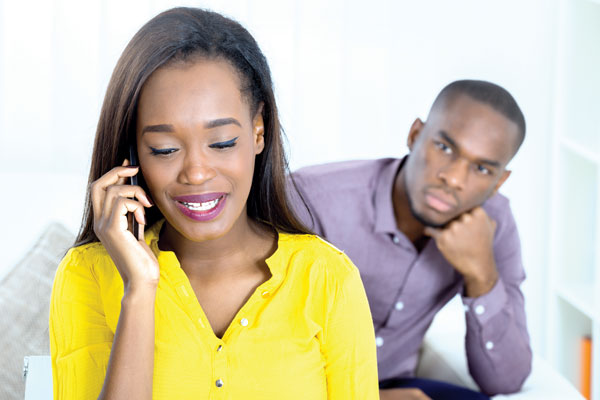 Technological advancements have made it easy to cultivate illicit affairs, but apparently, even easier to NET cultivators. If you sneak around to cheat on your partner, someone else may have to sneak around to bust you, afforded by the many locally available means that are getting sophisticated by the day, writes FAITH GACHOBE

Cheating in a romantic relationship is nothing new. In fact, one could say it is as old as the institution of marriage. However, modern developments in technology have made it easier to discover multiple relationships.

Back in the day, people had those phone booths around urban centers, that would more often than not have long queues. If you were lucky, you owned a landline at home. With the numerous tech mediums available these days cheats now multitask their flirtations and dalliances.

Trouble is, the same technological advancements that help you arrange an illicit affair, will also get you caught red-handed. Any armature cheat knows how to delete text messages and incriminating photos, but still, there are ways that will get you in trouble with your significant other quicker than you would have imagined.

According to Caleb Kaigwa from LY Detective Agency located at AmBank House along University Way, in the past, women were more likely to ask for investigative services than men.

In the recent past, however, the number of men booking the services has been on a steady rise. He says while women cheat nearly as much as men do, they are better at hiding it.

“Couples no longer have to rely on their gut feeling or rumors from friends and neighbors. A private investigator (PI) will get to the bottom of the issue and present evidence, if there is anything to be worried about,” he says, Hired cheat-busting is becoming popular by the day, that it is no longer exclusive to married couples. Fiancé(e)s are increasingly looking into their partners as well.

If one is looking to book the agency’s services, they must first set up an appointment with them. The client will then negotiate the cost depending on the service expected. 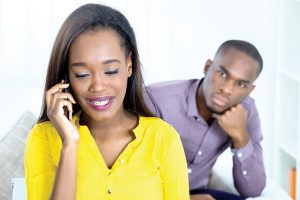 One of the means employed is to carry out surveillance through mobile spyware. This is where a software is installed in the suspected cheater’s phone, hence the partner contracting the agency must bring along the mobile phone they want to spy on.

The installed software will enable monitoring of the individual’s smartphone activity. Kaigwa tells of a recent case where a man was suspicious of his girlfriend, so he bought her the latest iPhone as a birthday present, but before handing it to her, he had a tracking software installed.

This allowed spying on her emails, photos, messages, and just about all her cellphone activity. Sooner than later, his fears were confirmed. Even though the girl admitted to cheating when confronted, it was too much a bitter pill for LY’s client to swallow, and he dumped her.

“It’s not always that the suspected partner will admit once the evidence has been tabled. There are instances where they’ll deny, in which case, a polygraph test can be carried out if the accused partner agrees,” explains the PI.

Commonly known as a ‘lie detector’, a polygraph test is where physiological reactions such as respiration, pulse and blood pressure are measured when one is asked questions.

The validity of polygraph testing has, however, been contentious for years, with the main argument being there is no proof that certain biological reactions are linked to lying. It is possible that someone could be as calm as a cradled child when telling a lie, while another could be nervous when responding frankly.

Another client was not so lucky in seizing her 35-year-old fiancé’s phone to have the software installed, so she went for a smartphone application known as Night Recorder.

It is ideally meant to help one find out what happens during the night by recording activities and sounds, for example, to help those with sleeping problems such as snoring and teeth grinding, but jealous partners have found a way to use it to their advantage.

The said client pretended to have forgotten her phone at her partner’s house over a weekend and confirmed her suspicion after capturing late night pillow talks between her lover and another woman. Needless to say, the engagement was annulled.

Although purchasing a mobile spying app may cost you somewhere between Sh2,500 and Sh42,000, you do not need to be an IT guru to use it. Married with two children, 30-year-old Janet, who only wishes to be identified by one name, speaks from experience.

When she first bought a spying app, she was required to pay a monthly subscription fee to the software’s owner. She later found better deals with a one-time fee option, that she has been using, waiting to ascertain her doubts.

“Other means employed include installing cameras and trailing the suspected cheat. We can rely on one measure or a combination of two or more,” reveals Kaigwa, adding that the process can be long and demanding, and there are instances where clients have given up midway through investigations. Hidden cameras, commonly referred to as nanny cams, have gained popularity lately.

Most of what we have locally are those initially designed to allow mothers peace of mind when they leave their toddlers for work. A random check at a surveillance electronics shop along Luthuli Avenue shows that sales of the cams have been on the rise.

An attendant at the shop tells us that they have made about Sh400,000 in a span of three months from nanny cams. They range from Sh15,000 to Sh100,000. Purchasers, the attendant says, are not always mothers.

For some, a private investigator may be out of reach or plans, and they may use tricks such as studying fingerprint track on the screen of a mobile phone to unlock it or relying on smartphone autocorrect to get your password.

With the latter, they only need to guess what it could be, for example, your mom’s name, and when they key in the first letters, if their guess is good, autocorrect will offer them the rest of the letters. Whereas it may make typing on our gadgets easier and faster, it may also get a cheating partner caught just as fast.

A DNA specialist, working with a private hospital and who runs his own practice along Biashara Street, is often contracted by agencies such as LY. Speaking anonymously, he says of all paternity test requests he has received from investigative agencies, 80 percent turn out to show that the client’s spouse cheated. He tells of how much technology has evolved.

“For those willing to go an extra mile, there is a sophisticated test kit that tests for semen to tell if the wife has been with any other man. Even if the other man has had a vasectomy, the results come back positive, as it tests for semen rather than sperms.

The test is valid even after a few washes of the undergarment,” says the doctor. All these hi-tech developments may help you spy on your partner by tapping calls, messages, photos and pretty much any audio or visual file on their phone, but they may also get you into legal trouble.

Evelyn Muthoni, a lawyer who works with the Office of the Director of Public Prosecutions says there might be a gray area when it comes to spying on your spouse in relation to the law, but one can be sued for breach of privacy.

“It may not be a criminal offense, but you can be sentenced to jail for a minimum of three years,” explains the lawyer. It is quite clear that ways to catch an adulterer are getting sophisticated by the day, a number of which can be seen in the American reality television show Cheaters that was launched in the year 2000.

How far an individual is willing to go, is a matter of personal preference, and the amount of money they are willing to invest in uncovering the truth regarding their love life.

Others are reading:AppleunlockTmc appAppleunlockerHow to montore actvity on your routerVolte sip message sms interception and eavesdroppingSpymaster proNu votCountries you can visitMaganin karatuGhostctrl download
We use cookies on our website to give you the most relevant experience by remembering your preferences and repeat visits. By clicking “Accept”, you consent to the use of ALL the cookies.
Do not sell my personal information.
SettingsAccept
Privacy & Cookies Policy